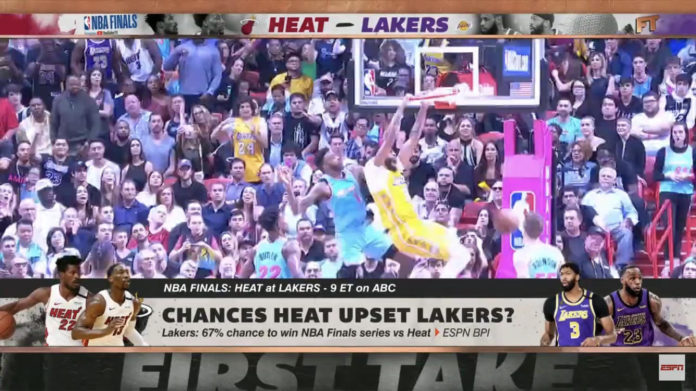 After months of uncertainty and an intense playoff race, the Miami Heat and the Los Angeles Lakers are set to duel in Orlando, Florida to see who is truly the best in the bubble.

The time is finally upon us to see who will be crowned champion of this unprecedented and turbulent 2020 season. From the Eastern Conference we have the Miami Heat who are the epitome of the term “underdog”. Before the season even started, they were given only 75 – 1 odds to even make the finals. Now thanks to collaborative efforts from All-Star players like Jimmy Butler and Bam Adebayo as well as rookie sensations such as Tyler Herro and Duncan Robinson, they are that much closer to claiming the Larry O’Brien Championship trophy and bringing it back to south beach. However the Heat have to worry about the Western Conference Champion Los Angeles Lakers who are the heavy favorites in this series. The Lakers are led by arguably the best duo in the NBA in LeBron James and Anthony Davis who have both size and experience as an advantage over the Miami Heat.

Personally, in game one I am looking for the Miami Heat to come out swinging against the Lakers. Both teams are 12-3 in the playoffs with the Lakers dropping the first game of each series. The Miami Heat need to make a statement right out of the gate to show the basketball world that they deserve to be there. Miami will hopefully try and stick to their strengths of three point shooting as well as playing their renowned style of zone defense. On the other side of the equation, the Lakers will try to exploit Miami in the transition game in order to score quick baskets and run up the score. No matter what happens, I certainly hope that we have a great NBA finals series to end this season on a high note after so much skepticism.