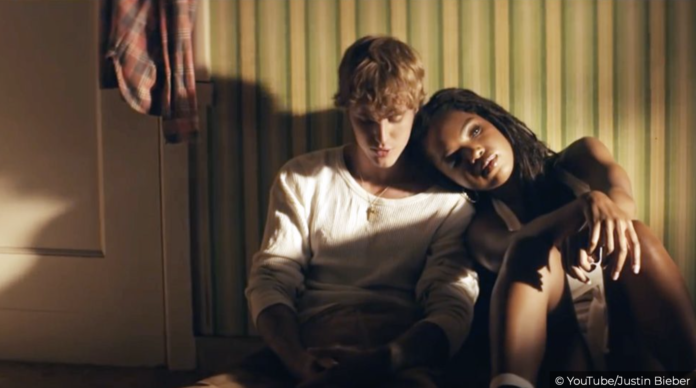 Justin Bieber and Chance the Rapper collaborate on a fire new song called Holy paired with the most touching music video! Justin and Chance have been friends for years now and have finally partnered together to make this song which is centered around their shared faith.

Their hope is to share this feeling of togetherness and love through the music. On a livestream before premiering the song, they discussed how it came to be. Justin had originally written the song and shared it with Chance in hopes that he will make a verse on it.

In the livestream, they discussed going through similar situations in life at the same time and how important it was for them to get together on this song and share its significance. They gave shoutouts to all people involved in the music video, among other things like breaking the stigma around marijuana.

The heartfelt music video shared the story of a sweet hardworking couple who lose their jobs and home. They have nothing but one another on the streets. Then they encounter a veteran heading home to his family who picks them up and welcomes them to his home. If you need a little warmth today, watch Holy!!!