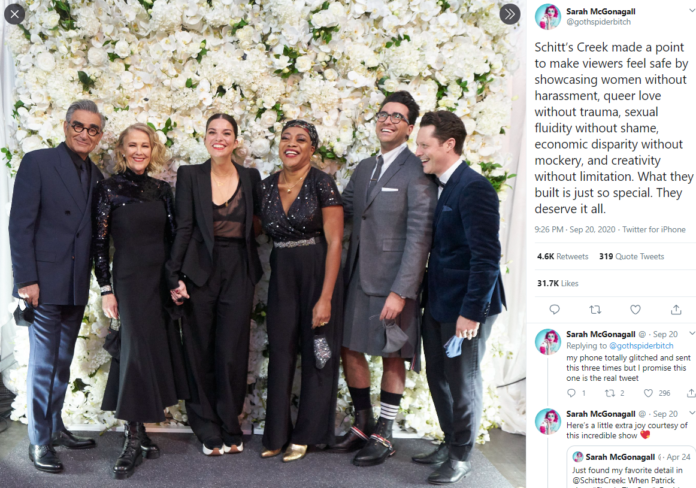 This six-season comedy about an affluential American family forced to live in blue-collard America resonated with fans across media and audiences. The feelings of entrapment and family resonate with today’s audience as they are forced to quarentine and self isolate. Schitt’s Creek has slowly progressed from a small feel good comedy to a certified hit. You can catch the Final season premiers on Nextflix in October!

- GivingFoward Charity: Save the Children