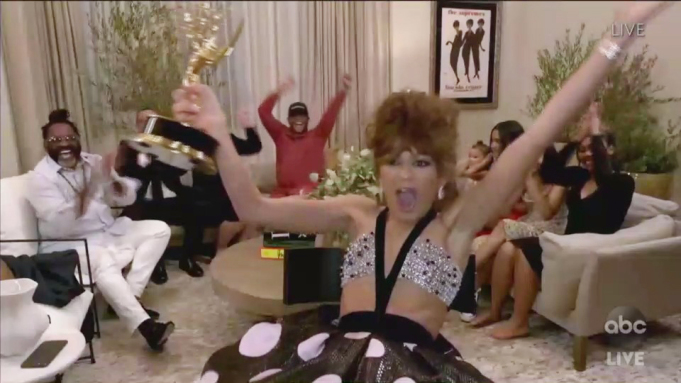 Yesterday was the 72nd Emmy awards and Zendaya made history!

Zendaya took home the award for outstanding lead actress in a drama series. Her role as Rue in HBO’s hit show “Euphoria” made her the youngest Emmy winner of the category at age 24.

As well as being the youngest, Zendaya also became the second ever black actress to win this Emmy award.

Zendaya’s win was even more exciting due to the fact that she beat top actresses such as Jennifer Aniston and Sandra Oh.

Zendaya was surrounded by her family and her team when she accepted her award.

“Im so grateful for Rue,” Zendaya thanked the creator of Eurphoria, Sam Levinson. “I’m so grateful that you trust me with your story and I hope I can continue to do you proud.”

The 24-year-old star made a big leap from the Disney channel to a show based around teenagers struggling with drugs and mental health. Zendaya plays Rue, a 17-year-old who is battling an addiction to drugs and depression. However she still sees hope.

Zendaya ended her night by posting to her Instagram to thank her fans.