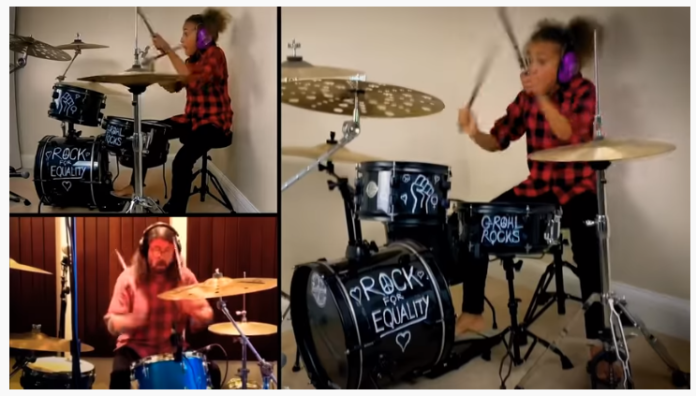 Dave Grohl: musician, legend, and now, drum-off challenger! Nandi Bushell, a 10 year old drummer living in Britain has been doing covers of music for years now and has just challenged Dave Grohl of the Foo Fighters to a drum duel. The original challenge was here:

Dave Grohl, being the awesome person he is, of course responded! Dave posted a tweet on the Foo Fighter’s Twitter page accepting the offer and all bet’s were off!

Dave Grohl has been known for helping out firefighter’s during the wildfires in Alaska, bringing fans on stage to perform with him and now he can add this to the list. We need more real rock stars like this! Check out Nandi’s Youtube Channel for all her musical talent!

P.S. Nandi responded to Dave’s challenge to cover Them Crooked Vultures’ ‘Dead End Friends’ as his drum challenge. Nandi mashed his challenge and her response videos together:

Something tells me this isn’t over…