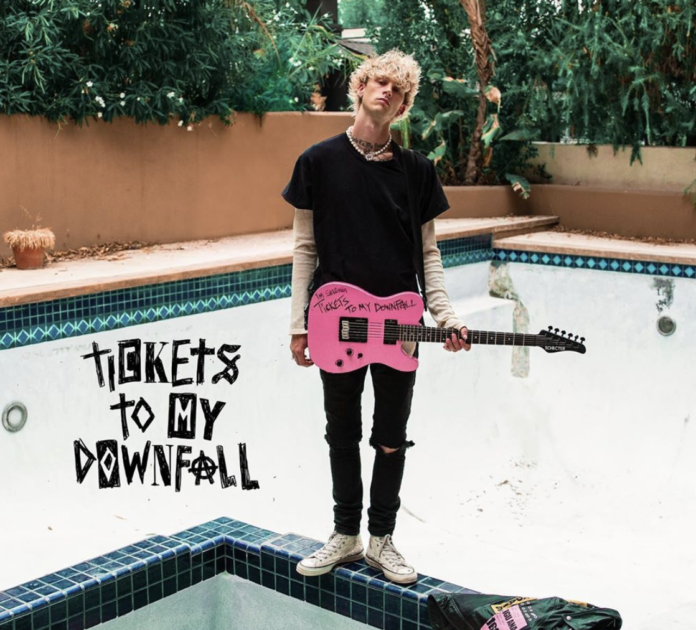 It’s safe to say that no one expected to still be in quarantine as we head into the late months of 2020. Clearly, this year has not been going according to plan for many of us, but for some, quarantine has been a blessing in disguise. Though he has been topping charts for years, Colson Baker, aka Machine Gun Kelly, has finally been given the recognition that he deserves as he won his first MTV Video Music Award for his hit song “Bloody Valentine” a few weeks ago. Not only did he win this award, but he was also given the opportunity to perform his award-winning song, and his newest single, “My Ex’s Best Friend” feat. blackbear, to the 6.4 million viewers tuned in. It may be shocking to hear that MGK has only won one VMA, but this victory might be a clear-cut sign for many more in the near future.

In 2020 so far, Baker has released tons of music, but his songs “Bloody Valentine,” “My Ex’s Best Friend” feat. blackbear, and his feature on “Sick and Tired” by Iann Dior have by far taken the music industry by storm. Two of the three songs have cracked Billboard’s Top Ten, with the other cracking the Top 20, and while this is quite the accomplishment, the list simply keeps growing. On Youtube, Baker has decided to bless his fans with his own quarantine hobby with “Lockdown Sessions”, a compilation of videos in which he covers famous songs of other artists. These videos alone have racked up over a hundred million views combined and his views seem to constantly keep growing. Aside from his “Lockdown Sessions,” Baker has also managed to drop music videos for his three newest singles, which have amassed a combined 48.4 million views.

Though he has been known to be a fast-rapping artist in the past, Baker has made it clear that he is here to bring the genre of pop-punk back to the mainstream, and that is exactly what he has done. Baker makes music that is not only fun, but relatable to his 17 million monthly listeners, and fans cannot wait for his highly-anticipated fifth studio album, “Tickets to My Downfall.” This album, ironically, might be the very piece of work that finally cements Machine Gun Kelly as a generational talent, and brings him the respect that he so clearly deserves. In a year that is filled with so much anguish and distress, Baker’s music has been the light of hope that has been the comfort for millions of individuals worldwide and he intends to keep it going. Download and stream “Tickets To My Downfall” September 25th, and enjoy the hard work that Baker has been putting in during this tumultuous year.