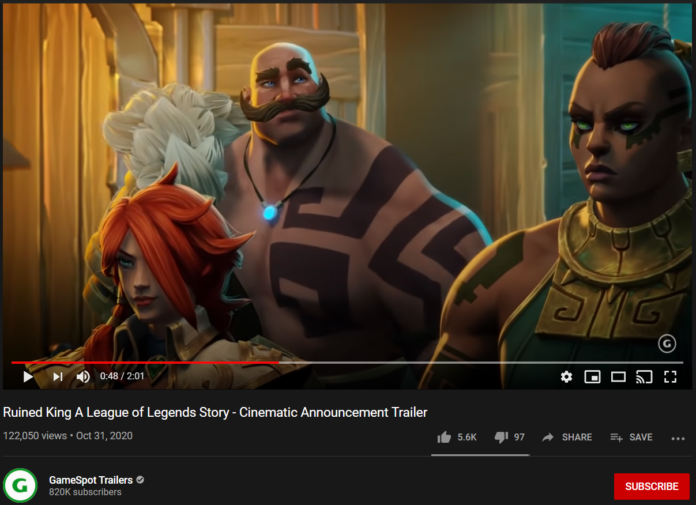 A new cinematic trailer and release date were posted for Ruined King: A League of Legends Story. The game will be released early next year on PS4, PS5, Xbox One, Xbox Series X|S, Switch, and PC. Unlike League of Legends, Ruined King is a turn-based RPG. Not all of the 140+ champions currently in League will be in Ruined King, but there will be some familiar faces. Along with the trailer, Riot Forge also shared images of champions who will be in the game. Miss Fortune, Illaoi, Pyke, Yasuo, Ahri, and Braum will all be in Ruined King.