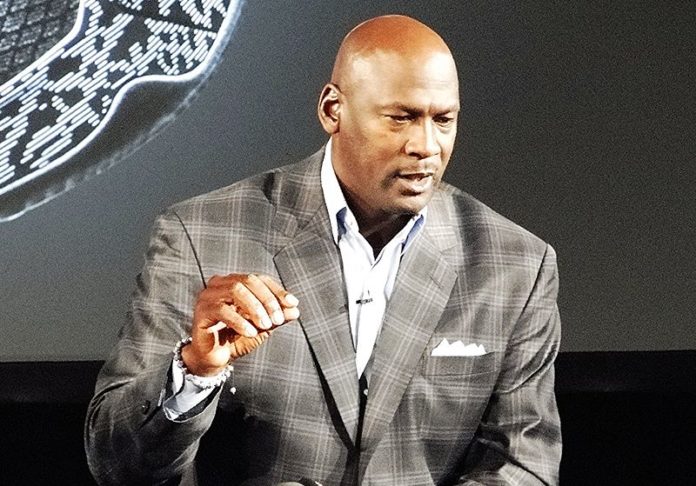 NBA’s own Michael Jordan says he is forming a new NASCAR racing team with NASCAR superstar Denny Hamlin, and Bubba Wallace will be the driver as he is on a mission to make NASCAR more inclusive.

The FBI investigated the incident as a possible hate crime but later announced it was hanging in the garage since last October well in advance of when Wallace was assigned to the garage, thus they were no longer pursuing federal charges.

As racial injustice is being reckoned with in the states, Bubba Wallace, the only Black driver at NASCAR’s top tier, became known to many outside the sport this summer when members of his former racing team Richard Petty Motorsports found a noose hanging from a garage assigned to him at the Talladega Superspeedway in Alabama.

Michael Jordan is also the majority owner of the Charlotte Hornets NBA franchise, and did not address that incident in his statement announcing the formation of the new NASCAR team.

However, he did speak to the sport’s recent steps to make the sport more inclusive. “Historically, NASCAR has struggled with diversity and there have been few Black owners,” Jordan states.

In June, NASCAR bans the confederate flag at all of their official NASCAR events and properties, which Bubba Wallace had been wanting for them to do.

“The timing seemed perfect as NASCAR is evolving and embracing social change more and more with a recent commitment and donations I have made to combat systemic racism, I see this as a chance to educate a new audience and open more opportunities for Black people in racing” said Jordan at a press conference last year.

Denny Hamlin, who will serve as minority partner, said the choice of who would drive for the team was a no-brainer.