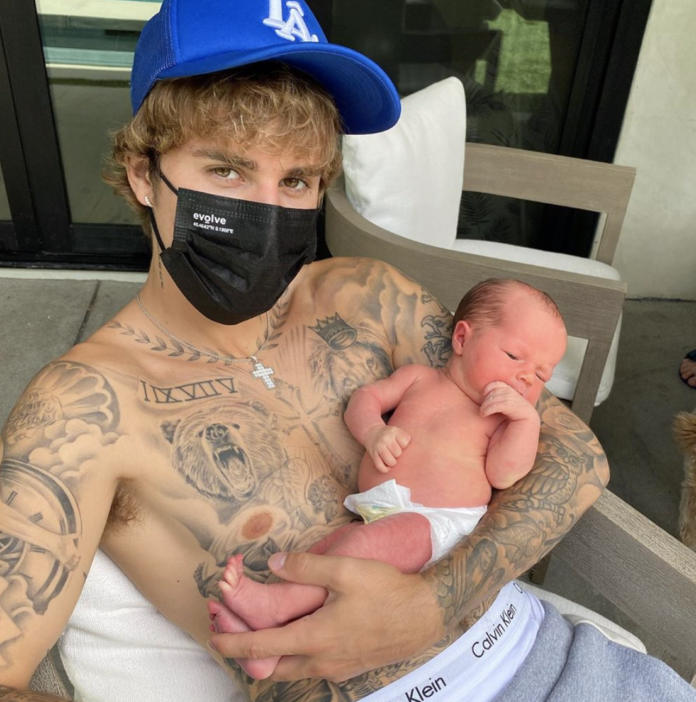 Masked Justin Bieber holds his new niece and calls her, “the most squishy cute gumdrop ever!!”

Iris is the newborn baby of Justin’s sister in law, Alaia Baldwin, and her husband, Andrew Aronow. Hailey Bieber was also photographed holding the baby while masked to ensure the baby’s safety.

People were raving about this photo, 7.1 million people to be exact, with endless comments on expecting Justin and Hailey to have a baby of their own! Dwayne “The Rock” Johnson for one, commented on Justin’s photo, “This image pretty much seals the deal. Fully expect you and H to have a baby in 2021.”

There have been rumors (and April Fool’s pranks) shared regarding the couple having a baby, to which they denied their truth. Both Justin and Hailey have expressed wanting to have kids and grow a family after Justin goes on tour.