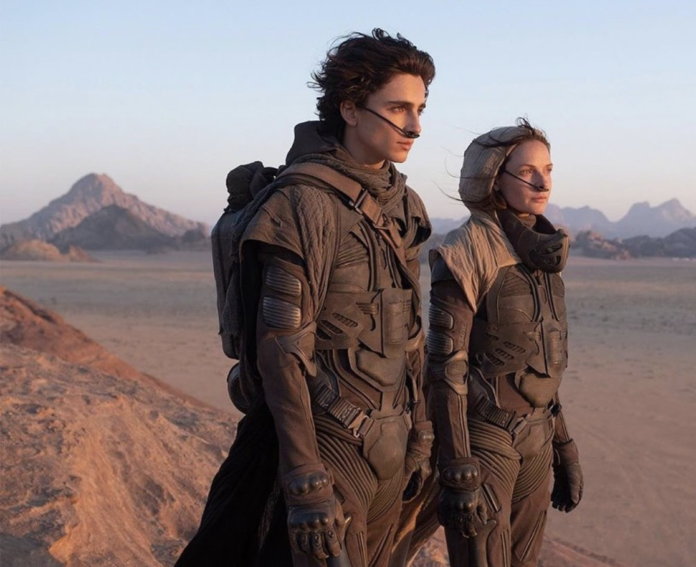 Fans are blown away by the new trailer of “Dune”. The emotional trailer brings anticipation to the release of the movie by Warner Bros. expected in theaters this December.

How do you take one of the greatest science fiction novels of all time and make it into an even better movie?

Director, Denis Villeneuve looks like he has a good start. Villeneuve is expected to remake this old sci-fi novel in an epic way. The movie is based off of one of the six novels in the “Dune” series. The novel, by Frank Herbert was released in 1965, making it a classic. Villeneuve shared that he will split the first novel into two different films meaning a second film is to come.

The movie will star Timothée Chalamet as the hero, Zendaya, Oscar Isaac and Josh Brolin. In an interview with Stephen Colbert, Chalamet talks about filming the movie on actual dunes and rarely filming in front of a green screen.

“When you’re shooting in a desert in Jordan, the spirituality of the location” Chalamet said, “you’re really in it”.