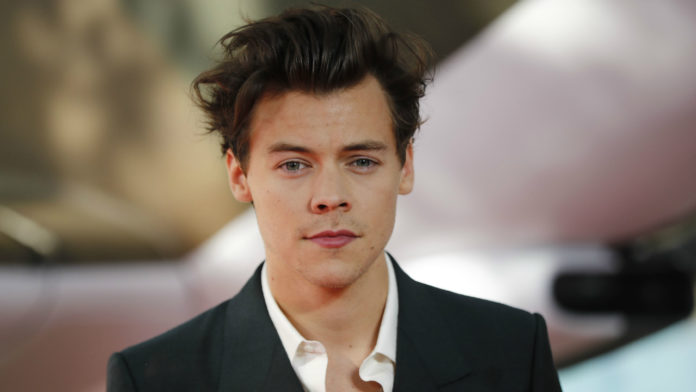 Is there anything Harry Styles can’t do?

After launching his acting career in 2017 as Alex in Christopher Nolan’s “Dunkirk”, fans have been waiting for Styles to return to the big screen.

“Don’t Worry, Darling” will be directed by Olivia Wilde. Styles will act alongside Dakota Johnson, Chris Pine and Florence Pugh. The horror movie is described as a “psychological thriller centering on an unhappy housewife in the 1950s”. It will take place in the California desert of an utopian community, a setting that excited fans as they prepare for a 1950’s inspired Styles.

Today a picture of Styles with a fan was posted to Twitter and within minutes “HIS HAIR” was trending worldwide. His recently cut, infamous curly hair was styled today making his fans on Twitter go crazy.