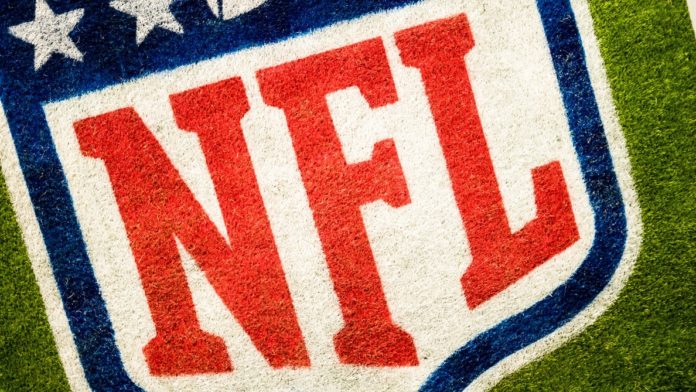 After two great weeks of football are already in the books, it is time to look forward and see which current undefeated teams are looking poised for a championship run and which teams are not.

Kansas City Chiefs: Lets start with the obvious. The Super Bowl champions have not skipped a beat even with some players not participating due to COVID concerns. Super Bowl MVP and former regular season MVP Patrick Mahomes is still the best quarterback in the league and Andy Reid is still a top five head coach. You can pencil the Chiefs in to make a deep playoff run for a chance at back-to-back super bowls come this January.

Baltimore Ravens: The current reigning MVP Lamar Jackson is still as electric last year as he is this year. The Ravens have absolutely steam rolled their opponents in the first two games with an outstanding point differential of +49. Their secondary is also scary even with the loss of Earl Thomas in the offseason. Rookie linebacker Patrick Queen looks like an absolute stud and do not sleep on the veteran Calais Campbell who joined the team in free agency wrecking havoc on offensive lines. While they got bounced from the playoffs in the first round last year, they will look to improve this year with a more experienced Lamar Jackson behind the helm.

Pittsburgh Steelers: When it comes to the Baltimore Ravens AFC north rivals the Pittsburgh Steelers, they are similarly trending up in terms of success. Now with Ben Roethlisberger back from injury and the same defense returning from last year that ended up leading the league in sacks with 54, this team is looking to bounce back and make a playoff berth for the first time since 2017. Granted the opponents they have plated thus far are not the greatest there is still a lot of promise with this team and the quicker Big Ben can shake off the rust the better.

Seattle Seahawks: The Seattle Seahawks this season through two games look like a serious Super Bowl contender to come out of the NFC conference and a top three team overall in football. Russell Wilson is the early favorite to win MVP and rightfully so after throwing for nine touchdowns in the past two weeks with five of those touchdowns coming from last Sunday nights thriller vs the New England Patriots. With the addition of one of the leagues best safeties in Jamal Adams during the offseason, the Seahawks look like a well rounded team in an absolutely stacked NFC West division (three of the teams in the NFC West are featured on this list and they are the Cardinals, Rams and Seahawks).

Green Bay Packers: When your team has a top five quarterback of all time only in his mid 30’s it is hard not to be a contender. While the Packers opponents thus far have not been fantastic, they have certainly made it their point to pummel them as the Packers have put up 40+ points in both games so far. Davante Adams is also a certified star at the Wide Receiver position and is easily a top five receiver currently in the NFL. Mix this with a young and hard hitting defense with guys like CB Jaire Alexander, S Darnell Savage, LB Za’Darius Smith and the leagues highest paid nose tackle in history Kenny Clark, and it is easy to see why the Packers should also be in the conversation for playoff success.

Tennessee Titans: The Titans are definitely one of the more perplexing teams on the contenders list. Besides the absolute tank of a running back in Derrick Henry, the Titans do not really have any one stand out performer on the team. This is one of the rare times where they are more so dominant because of their tight team chemistry rather than insane star power. Ryan Tannehill is no scrub at the QB position and he proved that last season. While I do not see this team making it all that far into the playoffs, they certainly proved people like me wrong last year by making it only one step away from a super bowl appearance while beating Tom Brady and the Patriots as well as MVP Lamar Jackson and the ravens along the way. This is definitely a team to keep a close eye on.

Los Angeles Rams: Oh how the mighty have fallen…then risen again. After making a super bowl appearance in 2018, the Los Angeles Rams followed up their 2018 super bowl appearing campaign by falling into mediocrity the very next season by going 8-8 and missing the playoffs. This year however, Jared Goff actually looks like a stud and is out to prove that last years mediocre season was just a fluke and that they can get back on track. The loss of Todd Gurley may have a negative effect on the team in the future however the combination of Malcolm Brown and rookie Cam Akers in the backfield seems to be enough to make this teams offense dangerous. Couple that with Jalen Ramsey and Aaron Donald who are two of the top 10 best defenders in the NFL and the rams are a team you do not want to mess with on the way to the playoffs.

Arizona Cardinals: I want to preface by saying that being placed in the “pretender” section is not necessarily a bad thing especially for the Cardinals. They have been below average the past couple years but now that Kyler Murray has a whole years experience under his belt and with the addition of the leagues best wide receiver in DeAndre Hopkins, this team is definitely trending up in terms of success for the future. However with that being said I am not too high on the Arizona Cardinals because of the extremely competitive division they are in this year. Give Arizona another two years to develop and the league will have to seriously watch out for this team.

Buffalo Bills: The Buffalo Bills are probably the best team in terms of talent in this section. The only question mark about this team is how far Josh Allen can really take them. The Bills defense is no joke and is debatably the best in the league. Josh Allen has had a very strong start to the season however their playoff loss last year left a bad taste in my mouth as it looked like Allen was completely out of it that game making such poor and terrible choices. Allen has the weapons at his disposal with the addition of WR Stefon Diggs. It is just a matter of his accuracy that is the biggest question mark for the team and will decide whether this squad is playoff worthy or not.

Las Vegas Raiders: The good news about the Las Vegas Raiders is that they are currently undefeated in Las Vegas and average 34 points per game. The bad news is the Raiders have not made the playoffs since 2016 and have not won their division since 2002. This team has a lot of potential for the future if they can develop their younger stars like RB Josh Jacobs and WR Henry Ruggs. The problem is they are in the same division as the Chiefs who are just flat out more dominant and will look to win the division for the fifth consecutive season. The Raiders are simply not among the leagues elite at this point.

Chicago Bears: Lets be honest. The Chicago Bears are the Chicago Bears. The defense even with all the start power has certainly taken multiple steps back from a few years ago and even though Mitch Trubisky is playing decent football it is still Mitch Trubisky. Out of all the teams on this list it does feel like the bears are certainly out of their depth. While this season is a big one for Mitch, I am still scratching my head as to why they signed Super Bowl MVP Nick Foles to the roster only to back up Trubisky. Nevertheless, I foresee the Packers dominating this division yet again and leaving the Bears in the dust.