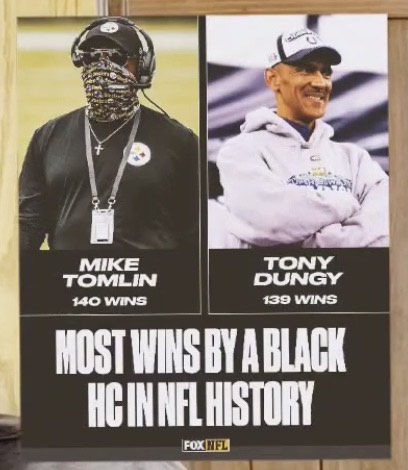 The undefeated Pittsburgh Steelers have a lot to be grateful for and it all starts with their super bowl winning head coach Mike Tomlin.

At the midway point of the NFL Season, Pittsburgh Steelers Head Coach Mike Tomlin etched his name in the history books by not only continuing a 14 year streak of non-losing seasons but by also becoming the all-time winningest black head coach. Being a Steelers fan my whole life, I can attest to the fact that Mike Tomlin is indeed one of the best player coaches in the history of the National Football League. While he is definitely not invincible to criticism, he is currently coaching the only undefeated team left in the NFL after week 9. Tomlin is an important part of the Steelers consistent winning ever since he was hired back in 2007.

Especially with COVID-19 impacting the team with starting quarterback Ben Roethlisberger on the reserve list due to potential contact, it is extremely important to have an experienced and effective head coach like Tomlin on the field and in the locker room.

Just the week before, Mike Tomlin had accomplished yet another incredible feat by securing his 140th win and becoming the winningest black head coach in NFL History. With the week 8 victory over the Baltimore Ravens, Mike Tomlin surpassed hall of fame head coach Tony Dungy to claim his sport at the top.

While this is a remarkable accomplishment, I believe that we kind of need to separate color from this altogether. What I mean is Mike Tomlin is one of the best and winningest coaches period. At this point I believe he is a sure fire hall of famer as he has been to two super bowls so far in his career, winning one and losing the other. Tomlin’s resume speaks for itself and it will definitely be interesting to see how he manages this current Pittsburgh Steelers team that is undefeated and at the top of the AFC Standings. Nevertheless, it is a legendary accomplishment and one that will improve as the years go on.