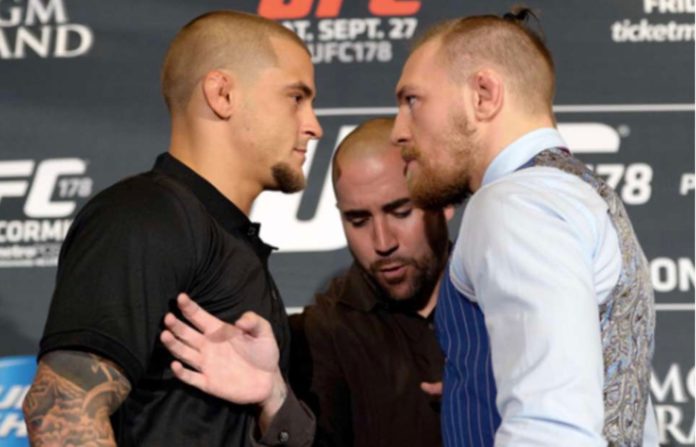 McGregor and Poirier face off / Via givemesport.com

Conor McGregor took to Twitter today to announce that he has accepted the UFC’s offer to fight a rematch with Dustin Poirier, and plans to donate some of the proceeds to charity.

The Good Fight Foundation is nonprofit organization created by Dustin Poirier himself. The foundation was started when Dustin began auctioning his UFC equipment, and giving the proceeds to food banks in the Louisiana communities where he was raised. Other fighters started following his example by auctioning their equipment, and Dustin decided to start a nonprofit organization. Since it was founded in 2018, The Good Fight Foundation has given money to food banks, middle schools, playgrounds for disabled children, and an initiative for a fallen Louisiana police officer. You can check out the nonprofit at www.thegoodfightgroup.com.

Conor McGregor’s coach, John Kavanagh, tweeted that the fight is expected to go down December 19th of this year. The MMA community is expecting the fight to be one of the biggest grossing events of the year because when Conor McGregor is fighting, its always a huge turnout.