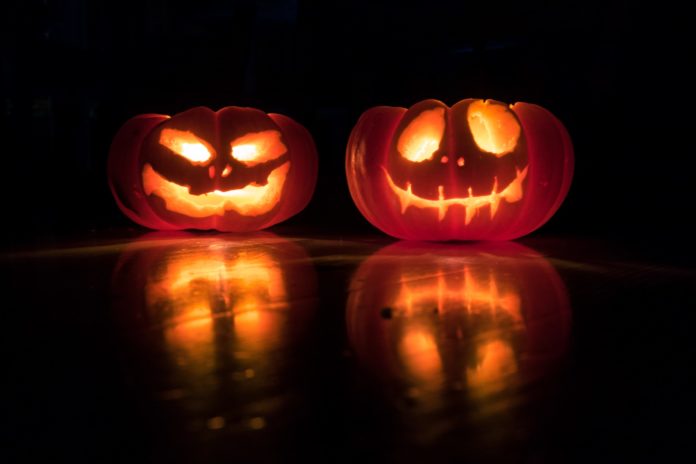 A number of films and shows were scheduled to premiere this year but the COVID pandemic pushed back release dates into 2021; Luckily, this list will provide you with a back-up plan to subdue your needs for a spooky encounter.

The new Netflix series, Ratched, just premiered on the streaming service this past week with American Horror Story actress Sarah Paulson as the star. The show is a new take on the 1962 Ken Kesey novel, One Flew Over the Cuckoo’s Nest, where a power-crazed and malevolent nurse inflicts abuse towards mentally unstable patients within a psychiatric facility. The novel was turned into a film that was released in 1975 starring Jack Nicholson alongside of Louise Fletcher in further promoting the anti-heroine theme that was set by the Nest author. Paulson plays Nurse Ratched and the show delves into the core of why Ratched became so evil, and with the help of the big time writer and producer Ryan Murphy he turns this thriller into yet another installment of his lengthy list of films and shows.

The H.G. Wells 1897 horror novel, The Invisible Man, paved the way for the 2000 film ‘Hollow Man‘ to take place (which should also be added to the list of films to watch) but in the 20-year anniversary of the film’s release came the next breakout film of the year. The science fiction horror film, ‘The Invisible Man‘, was a hit this summer and if you haven’t seen it yet it is definitely a must see.

“The Handmaid’s Tale” star Eilsabeth Moss plays Cecilia Kass, a wife whose controlling husband (Oliver Jackson-Cohen) dies in a suicidal act and is finally free of their toxic relationship. In a series of unexplainable events, Kass still feels “haunted” by the death of her late husband in a story that keeps the redundant phrase “keep one eye open” prevalent. The film is available on HBO Max, Amazon Prime Video and YouTube.

The film ‘Hocus Pocus’ is a treasured movie that takes you and the family for a fun ride. The tale of the Sanderson sisters lights this instant classic ablaze with the iconic trio Barbara Streisand, Sarah Jessica-Parker and Kathy Najimy playing 3 wickedly-wild witches.

The story places with a teenage boy Max (Omri Katz) with a little sister Dani (Thora Birch) who have just moved with their parents to Salem, Massachusetts. After meeting a friend, Allison (Vinessa Shaw), during a Halloween party they end up embarking on a night they’ll never forget.

Get nostalgic or just educate the youngsters on what a night of terror really looks like (in PG). Disney+ is currently streaming it along with other gems that will take you down memory lane.

Singer, songwriter and actress Janelle Monae is starring in her first feature film that’s catching a bit of buzz. ‘Antebellum’ is an all-new slavery horror movie that intertwines the realities of today’s modern society with America’s history in repressing and suppressing people of color. Gerard Bush and Christopher Renz wrote, produced and directed this (it also being their first) film while partnering with QC Entertainment— the same company that brought ‘Get Out’ and ‘BlacKKKlansman’ to fruition.

‘Antbellum’ is available at home on-demand through all major digital and cable providers. Google Play, Apple TV, DirecTV, and many more.

Remakes have been an ongoing treat in movies today so it’s no surprise that somebody took on the 90’s horror classic ‘The Craft‘. First released in 1996, comes a new spin from the producers of ‘The Invisible Man’ and ‘Split’ and is set to release October 28. ‘The Craft: Legacy’ finds four new witches picking up where things left off.

What was originally planned to be a theatrical release turned into a at-home on demand and available for purchase screening release just in time for Halloween.

Watch the newly released trailer below:

The most important skill in a marriage is…..