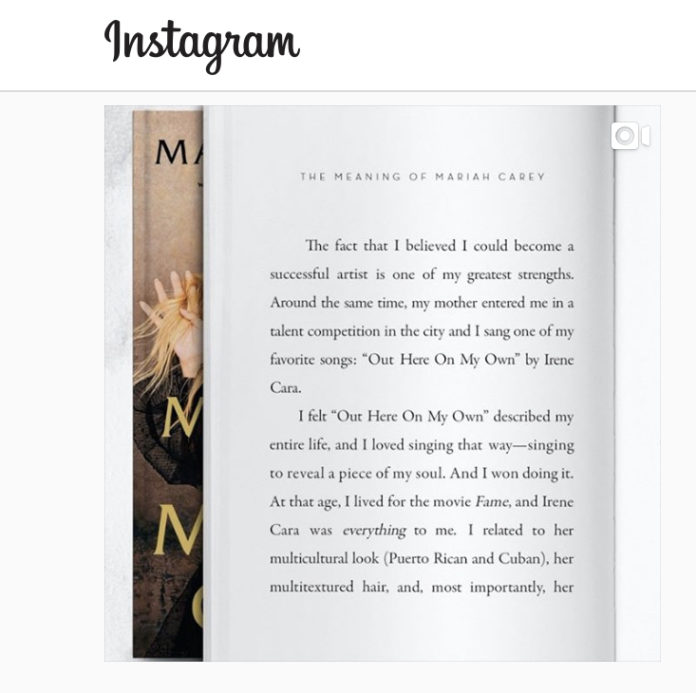 The legendary singer and songwriter, Mariah Carey, has recently been promoting her upcoming memoir, “The Meaning of Mariah Carey” with new photos and videos. The book has been long awaited by fans, and in conjunction with its big release follows ‘The Rarities’; a new album showcasing a combination of previously unreleased music from Carey’s extensive music career.

Inside Look at “The Meaning of Mariah Carey”

Following the instagram video, fans are eager to find out whether she will be releasing any signed copies, as she picks up a sharpie and wrote her name on the copy she was holding. The book is supposed to be the unfiltered story of her life, and it comes in perfect timing as this year marks the 30th anniversary since the singer’s release of her 1990 self-titled debut album, ‘Mariah Carey’. The chapter names within the book further celebrate her established career, as some take their names from song titles released by Carey herself: “Light of My Life”, “Emancipation” and “Glitter” for example (see below).

‘Light of My Life’ Chapter of “The Meaning of Mariah Carey”

“The Meaning of Mariah Carey” is set to release September 29th, 2020. With less than two weeks until its availability, anyone interested is able to preorder themselves a copy, or await the upcoming audiobook version she has also confirmed.