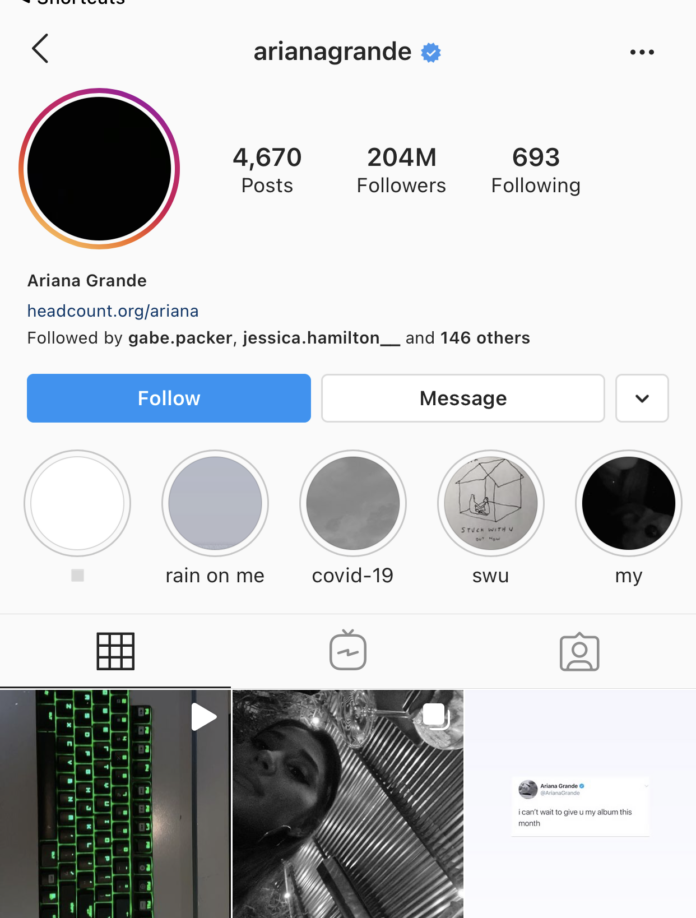 Pop Princess, Ariana Grande, has announced a new album that is set to debut next week

On Instagram, the singer released a mysterious video of her hand typing the word, Positions, before confirming this to be the title of her upcoming album. The release date for Positions is set for October 23, and it will be her sixth studio album. In addition to the video post, Grande placed two virtual countdowns on her website, which fans speculate are for both the album and perhaps a new single: https://www.arianagrande.com. All of this exciting news comes after a bold tweet the singer put out that clearly stated she would be releasing new music this month (see below).

Grande has not released a new album since the acclaimed, Thank U, Next, which landed her two number one hit songs on the Billboard Top 100. One of her latest songs to release was a feature on Lady Gaga’s, Rain On Me, that debuted earlier this year. It is not wrong to predict that she may be able to snag another number one song on the charts, because if one thing is certain, it’s that the Arianators (her fan base) are a force to be reckoned with.