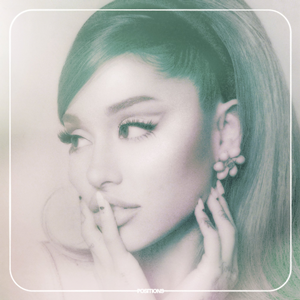 Ariana Grande released her new and 6th studio album Positions on October 30th with plenty of songs that seem to be about her new beau, Dalton Gomez. Grande and Gomez were first spotted together in a bar in February which caused plenty of speculation. It is believed that they met when Grande was searching for a getaway house outside of L.A. and since Gomez is a real estate agent in that area, he helped her find one. An insider told ELLE magazine that, “when she (Grande) saw him, she immediately thought he was cute and very good-looking, and she asked her team to set up an in-person meeting with him. Ariana fell very hard for Dalton shortly after they met.”

Since February, the pop star has posted plenty of cute pictures with her boyfriend on Instagram including a post to honor his birthday.

Ariana has not only shared her love for Gomez through pictures, but also her music. Though we can’t know for certain who she’s singing about, it seems pretty clear that Grande’s lyrics are devoted to her boyfriend.

In her song from Positions called obvious, Grande sings:

Others that I’ve had had to impress me before

But I knew you were the real thing

When you walked through the door

This seems to reference the first time she saw/met Gomez. Grande sings that she never thought she’d be in-love again after failed engagement to Pete Davidson and the passing of her ex, Mac Miller. But now, Grande has found Gomez, and she makes it ‘obvious’ to fans and him that she’s really in love again

Another lyric that fans have been happy to claim are about Gomez is from her song love language:

Running ’cause you just my speed

‘Less you want it in slow-mo

I know what you happy for

Your ex-girlfriend don’t want no smoke

There is a play on Gomez’ job as a real estate agent when she sings, “I ain’t trying to sign no lease, I’m just gon’ make you my home”. Ariana is serious about Dalton and even warns his ex to watch out.

One of Grande’s most talked about songs on her new album is pov, or point-of-view. Here are the lyrics:

I wanna love me (Ooh)

The way that you love me (Ooh)

I wanna trust me (Trust me)

The way that you trust me (Trust me)

Ooh, ’cause nobody ever loved me like you do

Wouldn’t we all want to see ourselves from our loved ones pov’s? Ariana shares that she wishes she could see herself the way Gomez sees her. For her beauty, her flaws, and everything in between. Pov is truly a raw and honest song that we all can relate to.

Make sure to give her new album, Positions, a listen on Spotify, Apple Music, or another music streaming platform!